History of the Alexander Valley

In 1840 Cyrus Alexander arrived in what we know today as the Alexander Valley. “The brightest and the best spot in the world” he declared. Cyrus and employer/partner Henry Fitch applied for and received a land grant of 48,800 acres from the Mexican government, Rancho Sotoyome. Cyrus would manage the ranch for at least four years and in turn would receive 8,800 acres of land as payment for services rendered. Cyrus was to be the first to grow vines here.

Others would move in to the valley over time, planting grapes and other crops over the ensuing decades, first Mission grapes but later Zinfandel, Chardonnay and Cabernet Sauvignon. By 1889 the first commercial winery in Alexander Valley was built – Lone Pine Vineyard by Shadrach Osborn. Quickly followed was Horace Chase’s Red Winery, whose first winemaker was Broder Frellson. Broder’s daughter Reta would later marry Osborn’s son William, and begin a family lineage of grape growing and winemaking that continues to this day. 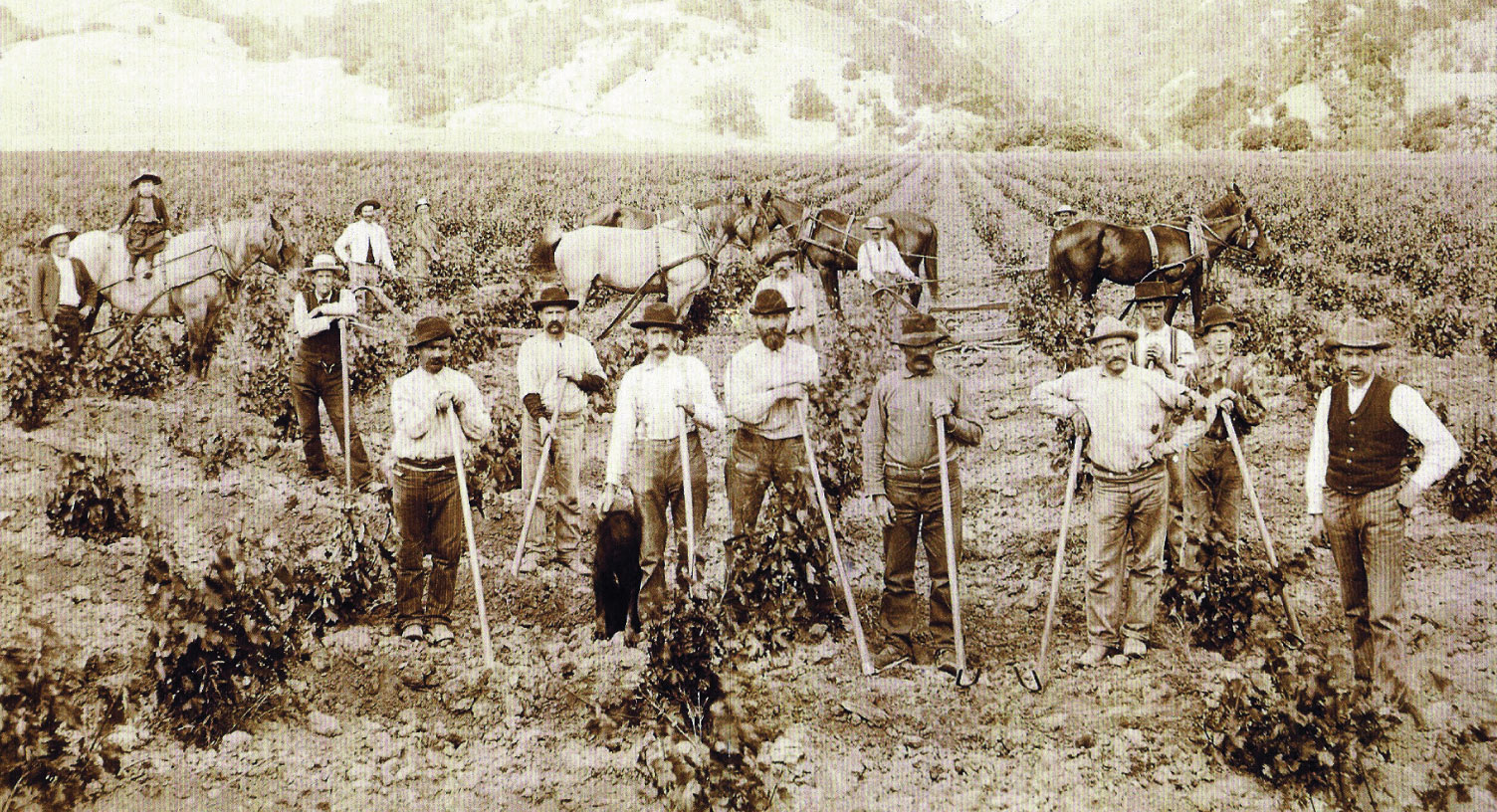 Facing Prohibition in 1919, wineries and hop growers were devastated. A loophole was found in the Volstead act which allowed for the production of up to 200 gallons per household of wine. The price of grapes quickly escalated, and widespread planting, though at first profitable, eventually led to overproduction and unprofitability by 1926.

By 1933 wineries had survived the prohibition era with the wine they had cellared. Others focused on grape growing, and some turned to producing “sacramental” and “medicinal” wine, as well as the black market. But the Depression and World War II took their toll on grape farmers. Prunes settled in as the dominant economic crop, joined later by apples.

Rodney Strong settled in Sonoma County’s nascent wine scene in 1962, purchasing land in the Chalk Hill region in Windsor. In 1971 Rod scouted out a small hill in the Alexander valley, with a perched terrace of red loamy soil on the very top. Although grape growing on anything but the valley floor was deemed difficult and unprofitable, Rod felt that the potential for top quality Cabernet Sauvignon was there, and planted 15 acres of Cabernet. The first vintage, 1974, was the first vineyard designated Cabernet in Sonoma County. It was a collector’s and critic’s darling, and set the tone for world class Cabernet from the Alexander Valley that reverberates to this day.

Another long-time winegrowing family is the Young family, starting with Peter Young establishing a 206- acre ranch in Geyserville in 1858. He and his three sons ran cattle, and planted various grains and fruits, with prunes being the principal crop for decades, as it was for many. It wasn’t until 1963 that Robert Young, grandson of Peter, was convinced by the Sonoma County Farm Advisor that wine grapes would be the crop of the future, and Robert started by planting 14 acres of the then up and coming variety Cabernet Sauvignon, becoming the first grower in modern times to plant the variety in the Alexander Valley. In 1997 the family built what is now the Robert Young estate winery, producing Cabernet Sauvignon and Chardonnay exclusively from the property that has been in the family’s hands for over 150 years.

Over the last 40 years, the Alexander Valley has changed dramatically from a viticultural standpoint. Apples and plum trees have long disappeared, and wine grapes are the main agricultural focus. With nearly 15,000 acres of winegrapes in the Alexander Valley Appellation today, we as a community of family farmers who collaborate with each other to grow and produce world-class wine grapes with dedication to sustainable farming practices and Cabernet Sauvignon as the varietal of designation in Alexander Valley. We’ve come a long way since Cyrus Alexander yet as Jess Jackson was known to say, we’ve only just begun.